UnipolSai and the 2020 Gazzetta Sports Awards

UnipolSai Assicurazioni is again this year's Main Partner of the Gazzetta Sports Awards, supporting in particular the “Legend of the year” award.

The Gazzetta Sports Awards is a celebration of the stars of Italian sport who have not only achieved brilliant results, but have also exceeded all expectations, leading their team to victory and bringing the ethical and human aspect of sports under the spotlight. Through two phases - preliminary and final - the candidates are selected and voted for by the readers who, together with the editorial staff, will decide the winners to be announced during the award ceremony on 14 December in Milan. The evening, hosted by Geppi Cucciari, will be streamed live on gazzetta.it and on the Facebook page of La Gazzetta dello Sport, as well as later being aired on the TV channel LA7.

In addition to the eight categories in the competition, the two Legends Marco Belinelli and Zlatan Ibrahimovic will also receive an award, and the Sportweek editorial team will present a special mark of recognition.UnipolSai strongly believes in leveraging sport as the embodiment of important values that are upheld concretely by sports figures time and time again, who precisely for their respect of such values become legends in their own sphere and beyond. This is a choice born from the belief that passion, determination, the pursuit of quality and results in performance are the drivers that guide sportspeople around the world, and which are also the hallmark of our ambitions at UnipolSai in the commitment we make every day to the safety of millions of Italians. To always be one step ahead, together. 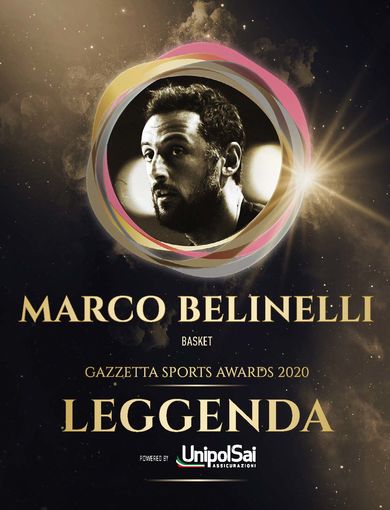 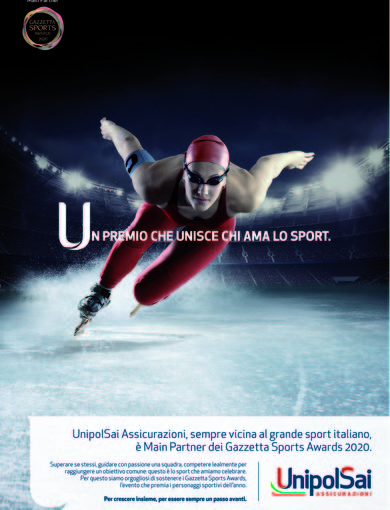