Still champions of Italy, the Scudetto remains at UnipolSai, the third consecutive, is history.

Alfredo Marson's club had never collected in almost 35 years of life  three titles in a row. This is one of the many records of a team that, in the last six years despite of all the occurred changes has been able to build a winning group, never entrusted to single protagonists or meteors. The strength of a team that, in addition to the ten lions in the field, is founded in a staff of great professionals. This is the secret of a tricolor that at the beginning of the season, was not taken for granted and had to follow an impervious path before being hoisted to the sky. Great honor for Amicacci Giulianova who, at her first appearance in a final, held her head for two extraordinary matches to the canturini, nearly achiving the endeavor  to bring them to the race3. Regulatory times were not enough, ended up on the score of 59-59 thanks to Giuliansi. In the overtime, however, the strength of the “biancoblù” has exploded with authority, assigning without appeal the Italian title to UnipolSai for 76-71.

To the players and the technical and corporate staff really get the compliments of UnipolSai for this great championship. UnipolSai, which for years has been practically close to a sporting company that is always able to distinguish  for the great achieved  results and for an organization and a passion not common in what it does.

Briantea84 in fact, in its multi-sport activity (wheelchair basketball, standing bios-basketball, football, swimming, athletics) promotes and develops sport among young people, with particular attention  to people with disabilities, for a sporting and human growth of athletes and a socio-cultural enrichment of the territory and of the society. 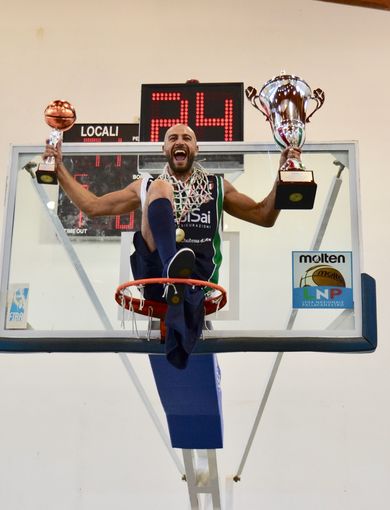 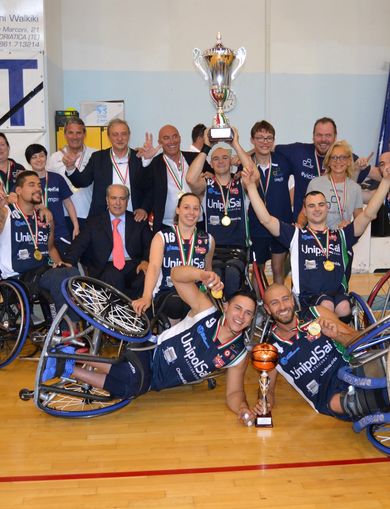