UnipolSai is Presenting Partner of the European Aquatics Championships which will be held from 11 to 21 August in Rome at the Foro Italico Swimming Stadium and in the waters along the Ostia coast.After a 39-year wait Rome is once again hosting a high-profile international event like the European Championships.

The leading athletes from Europe will be competing, together with all of the Italian champions and world record holders: most notably Gregorio Paltrinieri, Thomas Ceccon, Nicolò Martinenghi and Benedetta Pilato, Rome native Simona Quadarella, synchronised swimming stars Giorgio Minisini and Lucrezia Ruggiero, who return to Rome after their double triumph in Budapest, and young divers Chiara Pellacani and Matteo Santoro, fresh from winning silver at the world championships.

Rome is all set to welcome fans for an unforgettable summer of sport together with the world’s leading athletes and rescue dogs Lea and Gastone, live mascots of the European Championships. 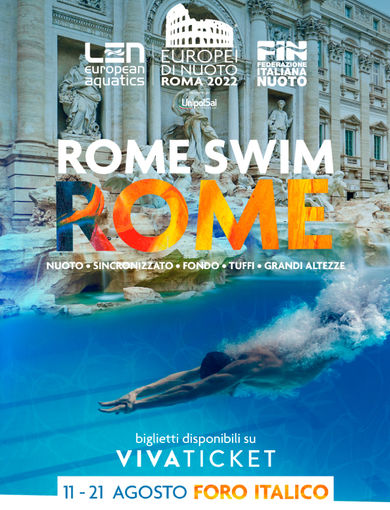 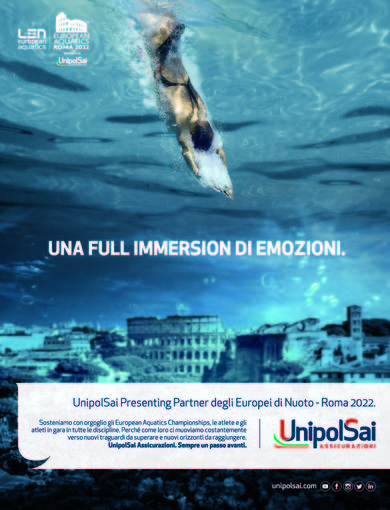 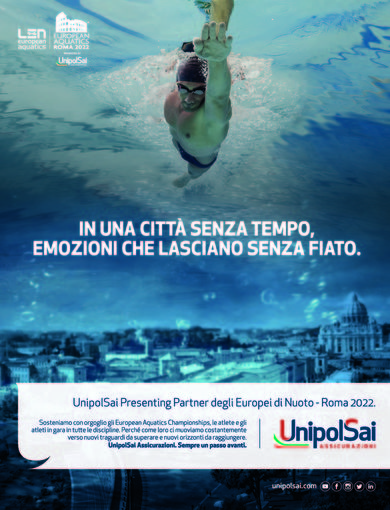