The building is, in fact, the southern “gateway” of the Rio Posada delta and represents the connection between the natural area of the river mouth, the 5-km long sandy coastline and the hamlet of San Giovanni in the heart of the Regional Natural Park of Tepilora. In this place with a strong identity value for all communities that are based around the Rio Posada, thanks to the project in question, which is part of the campaign conducted by Legambiente and by the Unipol Group, a narrative walkway with educational panels has been set up along the river’s embankment between the former fish farm and the river mouth lookout.

The goal is to transform the area of the former Posada fish farm into a new important point of reference for visitors, from groups of children on school trips to tourists looking for information on the protected area, as well as the many hikers; at the same time increasingly raising the local community’s awareness and empowering them in the protection of a territory that is unique in terms of biodiversity, identity and landscape heritage, but today increasingly threatened by the effects of climate change.

On this occasion, a new report “Il clima è cambiato. Focus su Posada” (The Climate Has Changed. Focus on Posada) prepared by Legambiente Sardinia has been presented. It contains a detailed analysis of this Sardinian location and discusses the extreme weather events that have occurred in the past 50 years. 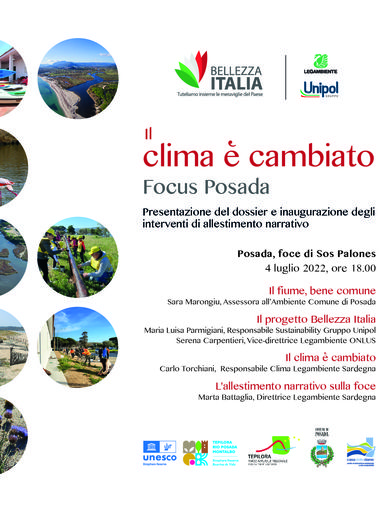 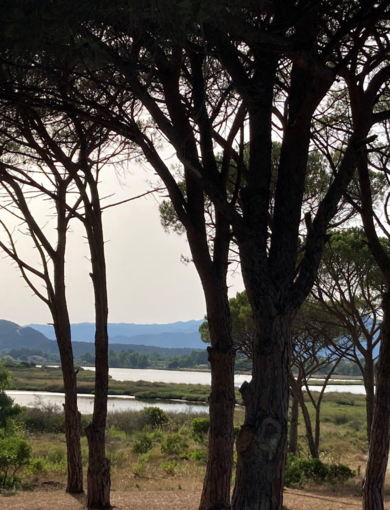 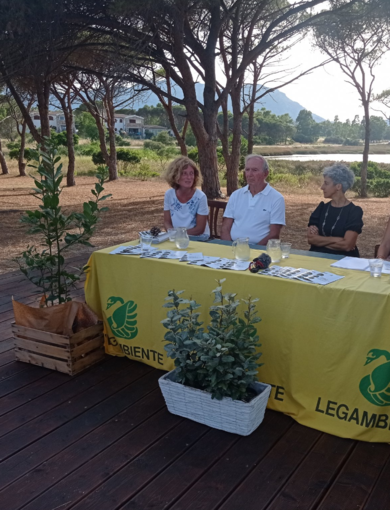