The Unipol Group launches an important long-term partnership with Cagliari Calcio with this sponsorship entailing acquisition of the naming rights to the stadium. It will therefore have the right to name the current stadium, in addition to the future one that the football club will build in the next few years, and which will be one of the most innovative, sustainable stadiums in Italy.

As officially announced by our Group CEO, Carlo Cimbri, and Tommaso Giulini, President of Cagliari Calcio, in a joint press conference held at the Cagliari stadium, Unipol will become a partner in the club in its position as title sponsor, with a 10-year agreement starting from this 2021/22 football season, which will lead to a change in the name of the current temporary stadium from “Sardegna Arena” to Unipol Domus.
This stadium will be used until the new one is opened, and for which the title naming will be decided at a later stage.

Carlo Cimbri said “Our Group is particularly excited to sponsor Cagliari Calcio in the naming of its current and future stadiums, to support its ambitions and contribute towards the growth and successes of a legacy that includes sport and acts as a symbol of the identity of the city and Sardinia as a whole.”

President of Cagliari Calcio, Tommaso Giulini said “Having a partner of this calibre at our side lends further proof to how we are committed to making this stadium into something unique and special for our people. It is often said that an ambitious, successful plan also depends on the strength of its supporters, and if that is the case, we are convinced that we are ensuring the best that we could wish for with Unipol at our side”.

The partnership between Unipol Gruppo and Cagliari Calcio will therefore help develop the important urban, sporting and social project represented by the new stadium and aim to capitalise on the heritage and resources of the territory, encourage growth in economic and cultural terms and launch the world of Sardinian sport and entertainment onto the national and international sphere. 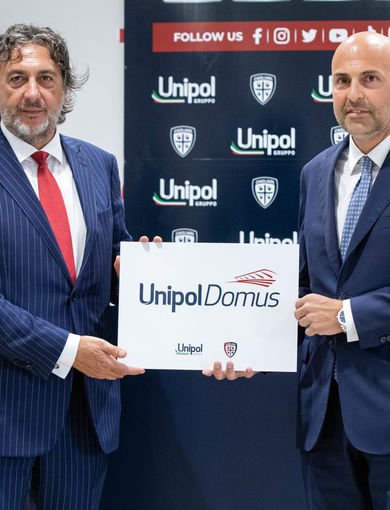 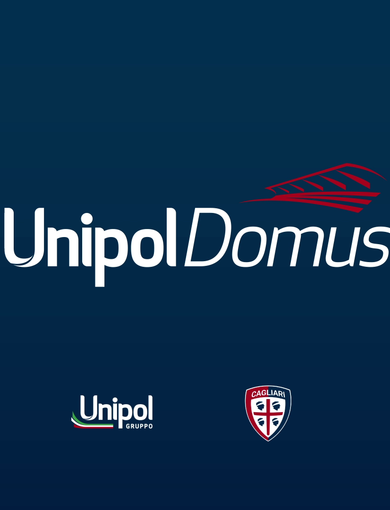