In December 2016, UnipolSai will be in Turin for ‘Un Natale coi fiocchi’, a rich program of cultural and artistic activities dedicated to adults and children during the Christmas season.

It all starts on 1 December with the lighting up of the Christmas tree in Piazza Castello and the inauguration of the Advent Calendar, depicted in a large fairy-tale castle that marks the countdown until Christmas. The program then continues with the inauguration of the enchanted Nativity scene by Emanuele Luzzati, where traditional figures are joined by fairy-tale characters in a play of shapes lit up between the arcades and courtyards of the village.

The event will conclude on 31 December with the Timothy Brock concert at Teatro Regio, who will play the soundtrack to the Charlie Chaplin film ‘Modern Times’ during the projection, and the New Year concert in Piazza San Carlo.

The sponsorship of ‘Un Natale coi fiocchi’ reinforces the bond between the Unipol Group and the city of Turin, initiated in recent years with the support of major art exhibitions in the Piedmont capital as part of the Group’s Corporate Sponsorship Program, which consists of social commitment in five main areas: cultural and artistic heritage, environment, scientific research and social utility, sports and entertainment. 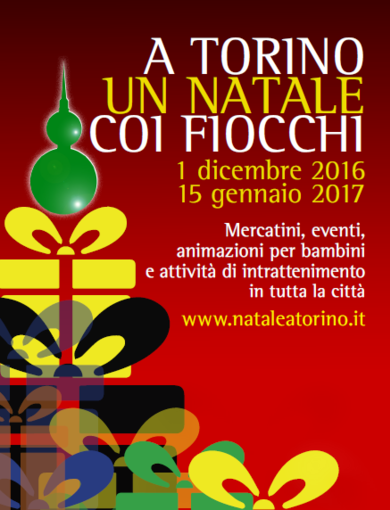