Today the first Biennale dell’Economia Cooperativa (Cooperative Economy Biennial) begins, an event organised by Legacoop which, from 7 to 9 October, will place Bologna at the centre of the debate on social economy and sustainable development.

Three days of discussions between academics, economists and representatives of national and international institutions will, on the 130th anniversary of Legacoop, focus on the big economic issues of our times.

In particular, the “Citadel of Cooperation” set up at Palazzo Re Enzo will host speeches by various ministers, Nobel laureate Joseph Stiglitz, economist Jean-Paul Fitoussi and EU High Representative for Foreign Affairs and Security Policy Federica Mogherini, who will bring her contribution from Brussels. A speech by Prime Minister Matteo Renzi is also expected on Sunday.

Speakers also include top managers of the Unipol Group, which decided to support this important initiative as main sponsor: on Saturday 8 October, Chief Executive Officer Carlo Cimbri will participate in a discussion with Jean-Paul Fitoussi on cooperation as a “challenge to complexity”, Chairman Pierluigi Stefanini will open the event “Lo sviluppo dell’intangibile e la lotta alle disuguaglianze” (Development of intangibles and the fight against inequality) with Joseph Stiglitz, Jean-Paul Fitoussi and Romano Prodi, while Marisa Parmigiani, Group Sustainability Manager, will address social innovation.

All events of the Biennial will be open to the public and alternated with outdoor events and shows by several Italian artists that will form the “Sillabario della cooperazione” (Cooperation Speller). The performance “Misure del Cooperare” (Measures of cooperating) curated by set designer Peter Bottazzi will also be inaugurated, which after Bologna will tour all cities organising events celebrating 130 years of Legacoop.

The Bologna Biennial is logically connected with Quebec City, which will host the International Summit of Cooperatives from 11 to 13 October, where discussions will focus on the 17 UN Sustainable Development Goals to be reached over the next fifteen years. 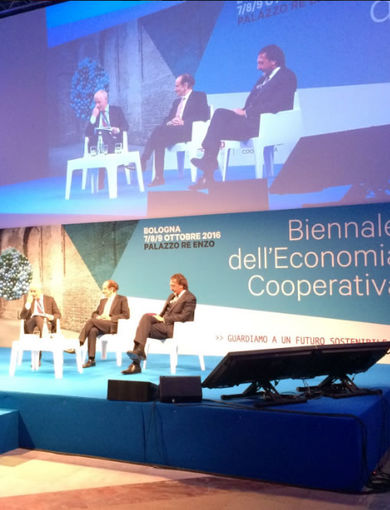 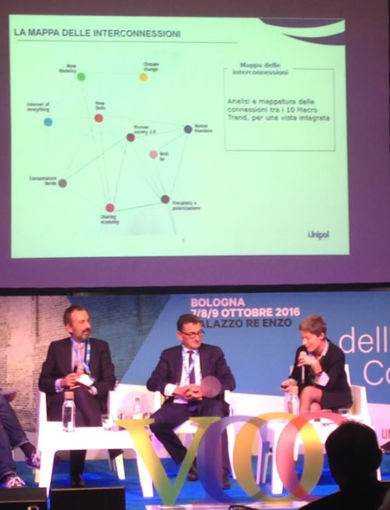 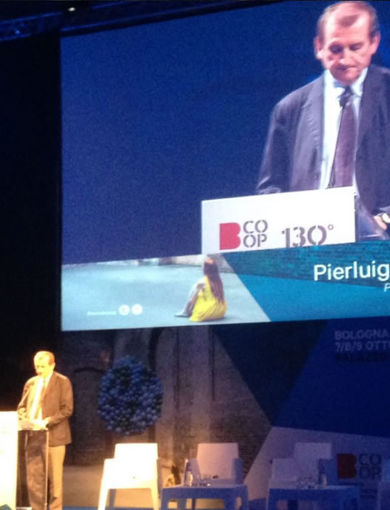